Having learned about the existence and location of the Gate of Twelve Suns, the hiding place of the Stellar Degenerator, from the floating city of Istamak, the crew decided to make preparations before heading to the Nejeor system. They returned swiftly to Absalom Station to exchange credits for better arms and armaments for themselves and their ship. This accomplished, they set a course through the Drift in pursuit of the Devourer cultists who had found

When they approached the end of the trip, the Sunrise Maiden passed through a nearly invisible cloud of dust. Glitch noticed something strange happening to the computers and with a quick check realized that they were being hacked – from inside the ship! A moment later, a strange being materialized as though stepping out of the bulkhead onto the bridge. The technomancer recognized it as an anhamut inevitable, an outsider tasked with protecting explorers of the galaxy.

“In-in-in-interlopers! You will cease your transgressions and r-r-r-return to your place of origin or be d-d-d-destroyed!”

After this strange proclamation, the inevitable attacked! It favored its sharp-edged nanite blade, but also blasted Kusanagi with an electric discharge. Galakrond and Kima pinned the outsider to the wall, and the crew managed to defeat it before it caused any serious harm. But as its body lay cooling on the floor of the bridge, they wondered why such a being would attack in the first place. Setting the mystery aside, they continued their journey through the Drift.

When the crew emerged from the Drift, they were still nearly a day’s travel from the Gate of Twelve Suns. As they approached, it was obvious even from a cursory scan that the system was not a natural phenomenon. A perfect circle of a dozen stars appeared stationary with respect to one another, maintaining a perfect gravitational balance. Glitch performed a deeper probe of the system to gather more information.

Scans revealed that a single planet orbited each star at exactly the same distance. The planets had roughly the same diameter, mass, and rotational period. Even stranger, each planet’s orbit was synchronized with all the other planets in the system so that every so often they all faced the center of the circle of stars at the same time.

The gravitational forces exerted by the twelve stars was in a delicate balance, achievable only with exacting measurements and more than a little magic. These forces made navigating through the system very difficult and using a Drift engine within the system impossible. The safest time to attempt to reach one of the planets was when its orbit reached the point farthest from the center of the system, though it was by no means simple. In addition, eleven of the planets were lifeless hunks of rock with no atmosphere; only one appeared able sustain life – it was, in fact, teeming with it. A single intact structure was detected on that planet’s surface.

The occasional burst of gravitational energy emanated from each planet as it reached the point in its orbit where it was closest to the center of the system. The energy came from a hole in each planet’s crust at the equator that seemed to reach straight down to the planet’s core. The Starfinders deduced that the release of this energy likely kept the system stable and surmised that, if focused properly, the energy could be used to open a large portal to another plane.

Deep scans of the system’s planets revealed small cosmic strings – one-dimensional “defects” in the fabric of space that produced gravitational waves – mystically contained within each planet’s core. These cosmic strings were maintained by massive technomagic devices kept in working condition by armies of maintenance bots.

While they were considering this, a trio of ships approached from the vicinity of the life-bearing planet: one large ship and a pair of escorts speeding alongside. All sensors indicated that they were on an intercept course! The comm channels screeched to life, and a gaunt man leered toward the camera lens. His skin was dark but was made nearly iridescent by a swirl of glowing nanites. Long, silver dreadlocks and an unkempt charcoal-colored beard framed his face. The distortion of the lens put a shade of menace to the man’s movements and appearance. 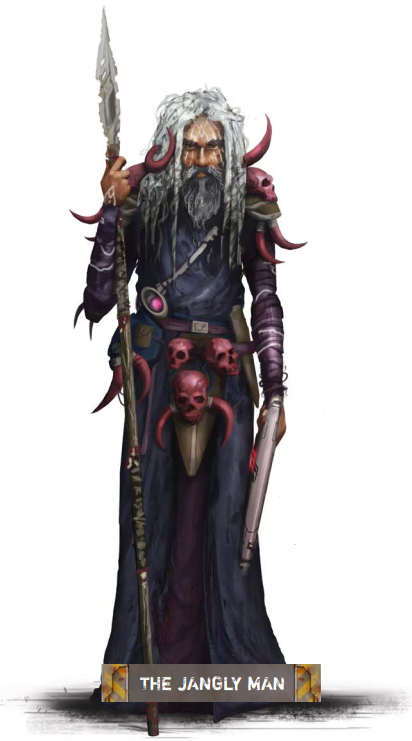 “Are you ready for the end?” The question hissed out from a mouth of brown crooked teeth; a yellowish, soapy spittle flew forth with every syllable uttered. “I am the agent of oblivion! I am the fang of the Devourer! I am the herald of annihilation. I will sing when your bodies – then only shells – drift and twirl through the void, charred amid the tangled wreckage of your ship, and your journey to nothingness is nearly complete!” 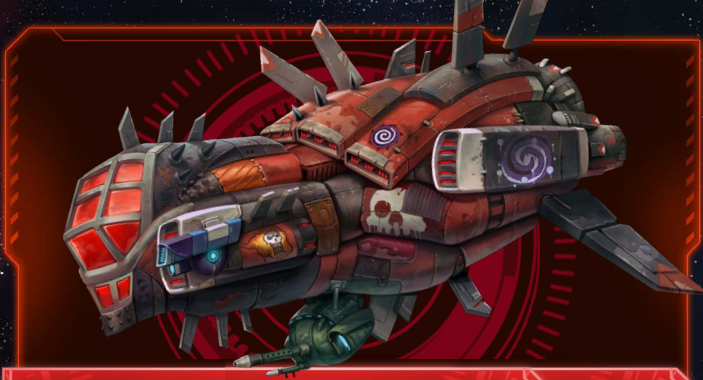 The crew engaged with the Devourer ships, focusing on the large one, which scanned as the Singularity. The Sunrise Maiden took a beating from various missiles and laser fire, but the newly upgraded shields were up to the task of protecting the hull from the majority of this abuse. The Singularity was slower, and after they had scored a few telling shots through its shields, the crew shifted focus to target the smaller ships.

The cultists tried to use this to lure the Starfinders into firing arcs, but the canny adventurers weathered the storm. After the first escort ship was disabled, the crew turned back to the Singularity and ended the fight. The other escort ship bugged out, and the Starfinders might have given chase but for an unusual transmission they noted coming from the Singularity.

“Our ship’s been pushed through the Blood Door, boss. The interlopers are tougher than I thought—may the Devourer consume them! I’m sending out a long-distance transmission for more choirs to come, slit their throats, and feast on their remains!”

Glitch informed the others that “pushed through the Blood Door” was a Devourer idiom for being killed, and further pointed out that simply destroying the Singularity would not stop the message from getting out. He suggested they board the Devourer vessel and gain control of its communications. Then they could fake an “all clear” signal, which should hopefully prevent more cultists of the Devourer from arriving.

Kusanagi lined up the Sunrise Maiden with the enemy ship’s airlock and secured the umbilical. The Starfinders overrode the cargo bay airlock security and entered the Singularity. There, the Jangly Man awaited them, having taken cover behind a storage crate. Galakrond charged forward to strike the Devourer cultist, who recoiled before activating some technological attack, and shouting “Get ‘em!” Moments later, four incorporeal shapes emerged from the walls or floor to engage each of the crew members. These oblivion shade spawn, emboldened by the Jangly Man, struck hard and started to disintegrate the Starfinders.

Fortunately, the crew were able to take control of the combat after Kusanagi slew the Jangly Man. Clearing out the shades took little enough effort, and the Starfinders rushed to the bridge. Once there, they hacked the system and sent an “all clear” signal that piggybacked onto the other transmission, ensuring that no other cultists of the Devourer receive the Gate of Twelve Suns’ coordinates.

Exploring the Singularity, the crew found that the vessel’s power core is essentially damaged beyond repair, rendering the starship useless. In addition, they discovered an audio message in the ship’s logs. The woman’s voice on it was authoritarian with a hint of an electronic rattle.

“If we can get the last console online, the weapon will be within our grasp, and soon the end of all things will follow. Unfortunately, the control board is shot. Zaz has no idea how to repair it, but Eltreth has told us where to find spares. Take the Singularity and patrol the system in case that inevitable managed to send for help. Bring some of Malice’s children. I will contact you again to return to the control center when we have the control board.”

Apparently, the inevitable they’d encountered had run afoul of the cultists and perhaps been exposed to their corrupting influence. They were all certain that the voice belonged to an android, and Kusanagi rolled his eyes when his companions looked at him half-expectantly. He then plotted a course to the living planet.