Chiskisk is a member of the Starfinder Society’s elected leadership council, the Forum. Chiskisk is host, the third shirren sex, and as such is referred to with the pronouns “they,” “them,” and “themself.”

The Crew met Chiskisk at the Lorespire Complex after the attack at Docking Bay 94 and the death of Duravor Kreel. The shirren requested that the crew investigate the gangs that had been involved in the shootout and determine whether coincidence or malice had gotten Kreel killed. He provided his personal comm number, some starting credits and a recommendation to the Moons of Sleep for accommodations. 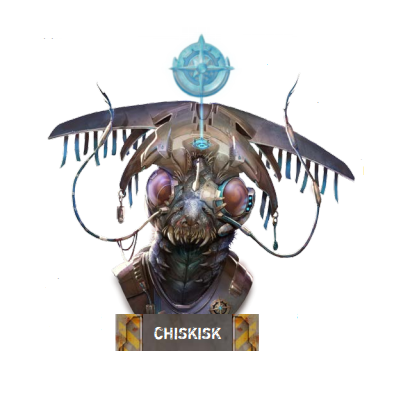