History-7 took on her name when she became an apprentice to the former head of the Dataphiles, the reclusive Historia-6. Ever since her mentor disappeared in the Scoured Stars incident, she has assumed leadership of the faction.

The crew met Historia-7 within the Archives’ Cortex of the Lorespire Complex The leader of the Dataphiles asked them to seek out a hacker who had acquired sensitive information from the Bluerise Tower computer systems. Primarily, she wanted the data, but she also suggested that the hacker could be an asset to the Starfinder Society. 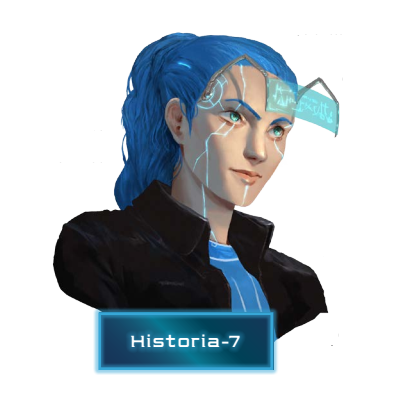