Gang leader of the Level 21 Crew. 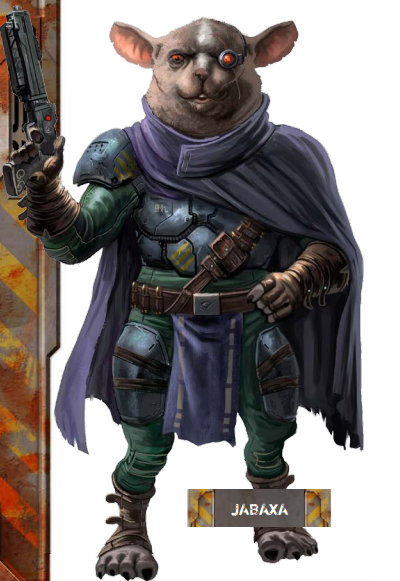 Jabaxa is a grizzled ysoki who currently leads the street gang known as the Level 21 Crew.

The Crew met Jabaxa in the back of a bodega called Mama Fats’ on Level 21 of Absalom Station‘s seedy lower decks. They made a good impression with the gang leader, and he confirmed a lot of what they had learned about the Downside Kings. Jabaxa would not commit any of his men to the crew’s conflict with the Downside Kings, saying that he had only been hired to protect the Hardscrabble Collective’s interests, not escalate a gang war. He agreed to let the crew hide on his turf if they needed a place to go to ground, but he requested they try not to let it get to that point.

After the raid on the Fusion Queen, Twitch offered Hatchbuster’s armor to the ysoki gang leader as a trophy, since the vesk had been the one to take Jabaxa’s eye. The older ratman appreciated the younger outlaw’s gesture and rewarded him for his thoughtfulness. 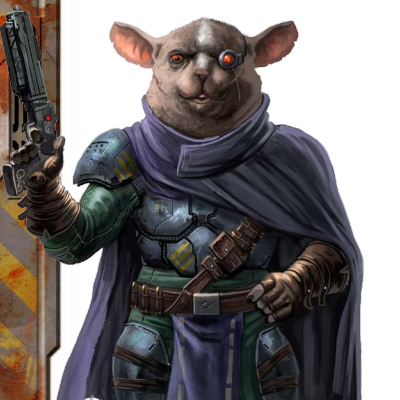