The heavily augmented host shirren Zigvigix sustained injuries before the Scoured Stars incident and became overwhelmed with survivor’s guilt for not being present for the ill-fated expedition. As a long-standing member of the Exo-Guardians, they took up leadership of the faction on the advice of First Seeker Luwazi Elsebo, turning their guilt into something constructive.

The crew met Zigvigix “Ziggy” at a park in Downlow. The Exo-Guardians leader asked them to help secure a new headquarters on Absalom Station and to secure a copy of the new Strawberry Machine Cake album and give it to Historia-7. 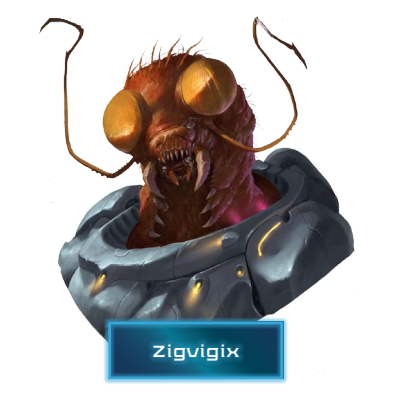