In service for over 100 years, Vagabonds are still regularly used throughout the Pact Worlds as cargo haulers, smuggling ships, and exploratory survey vessels. While a crew of six is the standard complement for the Vagabond, the ship’s coordinated control interface and double redundancies on critical systems were designed to allow a single pilot to operate the vessel with little difficulty.

Sanjaval Spaceflight Systems produces a variety of interchangeable service modules, from technomantic laboratories to deluxe guest cabins, all of which can be easily swapped out as needed at any basic spaceport in only a fraction of the time it takes to convert one expansion bay to another on other starships.

The Sunrise Maiden is a stock Vagabond. Captain Moriko Nash’s personal touches to the ship can be seen in the captain’s cabin and the vessel’s customized expansion bays, which include twin cargo holds, six escape pods, and a custom recreation suite incorporating both a gym and a holographic amusement chamber. 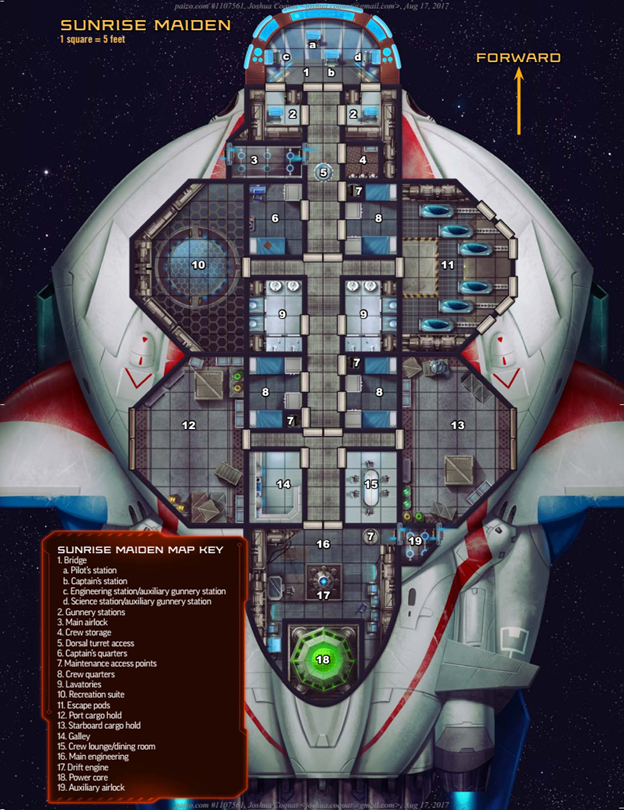